Home USA The Struggle For Equality By The Women National Team: A Possible Landmark... 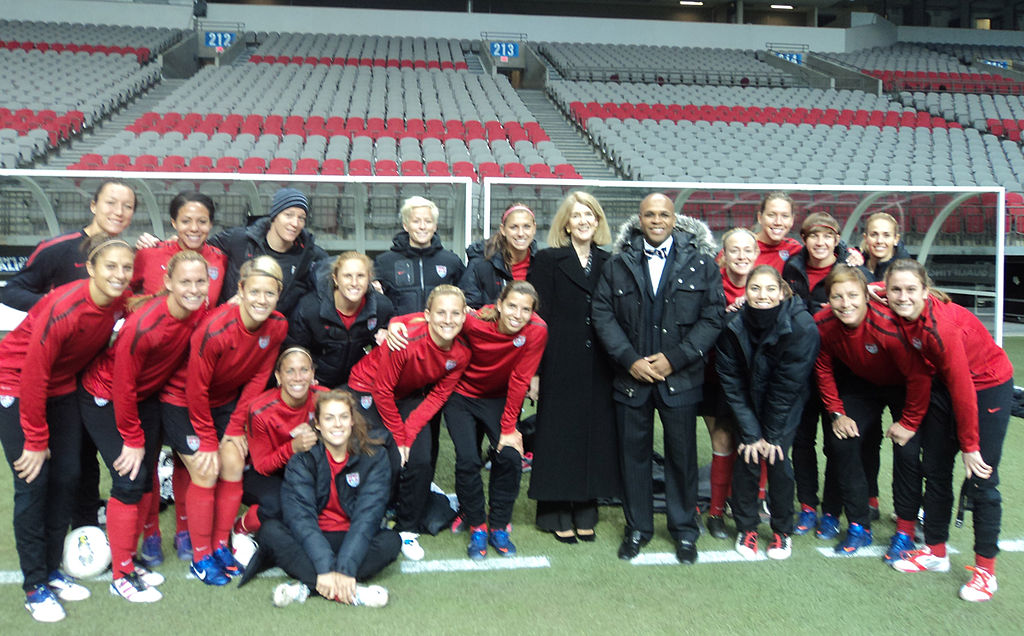 The US women National Team may have won the world cup consecutively, but they face a difficult task in emerging victorious in their lawsuit against the US Soccer Federation. Irrespective of the outcome of the lawsuit, they’ve probably laid precedence for other women National teams. Most importantly, they’ve fought bravely for gender equality and frowned at discrimination.

The US Women National Team filed the suit for equal pay and gender discrimination against the US Soccer Federation on March 8, 2019. The women decided to take legal action after perceiving they’ve been discriminated against. It was not the first time the Women National Team and the USSF disagreed over gender discrimination in payment. The dispute first gained prominence after the 1996 Olympics, where unequal bonuses were offered to both male and female participants from the US.

The response from the USSF generated more controversy. The federation’s lawyers argued that it required more skill and responsibility to play for the men’s national team. The statement created serious division after the women’s team captain, Megan Rapinoe, labeled the statement as “blatant misogyny.” The sponsors of the USSF, like Coca-Cola, Volkswagen, Budweiser, Visa, Nike, and Deloitte, condemned the statement.

A more comprehensive detail was released by USSF president, Carlos Cordeiro, who presented an analysis of 10years of financial data. The letter showed that the women’s national team was paid a total of $34.1 million in salary and game bonuses, while the men received $26.4 million during the same period.

By May 2020, the summary judgment dismissed most of the lawsuit’s claim, notably those related to equal pay, before even the jury trial. Apparently, the judge held the notion that the women had exchanged their right for equal pay for a favorable collective bargaining agreement. The women’s captain, Megan Rapinoe, admitted that the federation has invested more in the women’s game than any other federation in the world.

There is a long way before the conclusion of the case, and irrespective of the outcome, the women have laid great precedence for other women’s teams. One billion people tuned in to watch the 2019 women’s world cup in France, the highest number the female football has ever witnessed. As the interest is growing, there is no better time for women to demand fair and equal pay.