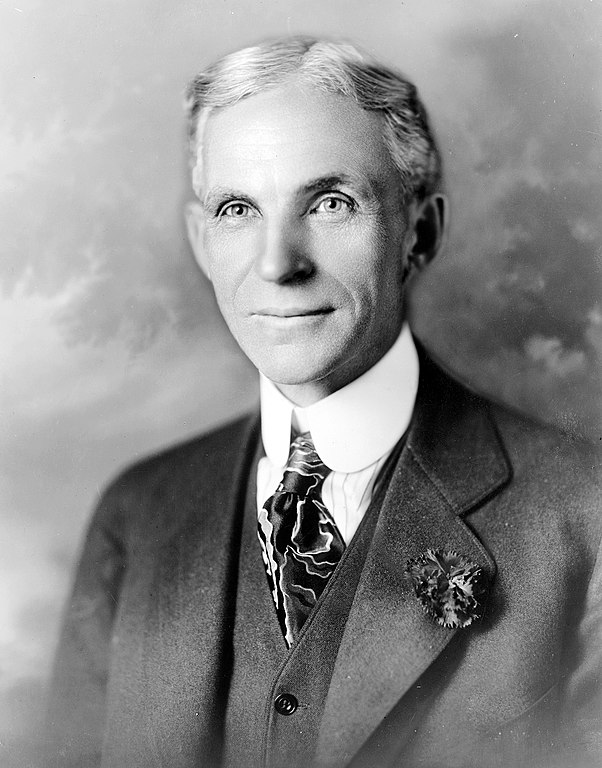 Every entrepreneur has a story to tell. A story of how they moved from the point of despair to hope. Henry Ford’s story is not an exception. It perfectly depicts what it means to move from obscurity to limelight. He was an industrialist, entrepreneur, business tycoon and founder of Ford Motor Company. He was also the chief developer of the assembly line technique of mass production. He achieved this great feat with persistence and dedication to his work. However, his life was not a fairy tale. It was full of ups and downs.

Henry Ford was born on the 30th of July, 1863, in Dearborn Township, Michigan. He was born into the family of William and Mary Ford. He developed a passion for building and creating masterpieces at an early age. At age 15, Ford could disassemble and reassemble watches for his friends. This earned him the reputation of a watch repairman. He worked in Detroit and James Flower & Bros as a machinist. Again, he worked at Westinghouse, where he repaired their steam engines. Ford was a person who knew what he wanted at a young age. And he pursued it with much diligence.

Ford started building a two-cylinder engine in 1887. And by 1892, he had completed his first car. This car featured a two-cylinder engine, four horsepower motor. It had a two-and-half-inch bore and six-inch stroke. It was recorded that Ford drove this car for about 1000 miles from 1895 to 1896. He began building a second car in 1896. This iconic man died in 1947.

“Failure is only an opportunity to begin all over again, this time more intelligently.”
Henry Ford

Henry Ford’s beginning was not all rosy. It seems as though his failures were more than his successes. He started as a brilliant, skillful, and intelligent engineer who could not invent anything. But he remained audacious and resolute in his resolve to achieve success. He also remained dedicated to perfection. He wanted to produce a near-perfect car. It was because of his love for perfection that deliveries were delayed. This contributed negatively to his reputation.

Asides his damaged reputation among customers, nobody wanted to finance his business. Most financial heavyweights saw his company as a lost course. But he did not lose hope. He continued to press further, even more tenaciously into greatness.

He went on to build the Ford “Model A.” This was met with a lot of setbacks, as there were complaints all over the country. The car began to break down all over the place. But he didn’t stop; he learned from his mistakes and created “The Ford Model T.” This new model revolutionized the automobile industry at that time. Ford Motors was brought to the limelight. Today, Henry Ford is no more, but his name still lingers in many because he refused to give up.

Yes, Henry Ford failed at some point in his life. But his endless and relentless efforts were sufficient to overcome all his setbacks. Every entrepreneur should learn from Henry Ford’s life. You must learn to convert your failures to success through persistence and doggedness.

Incredible! Find Out Why Elon Musk Became An Entrepreneur

Michael Bloomberg: The Inspirational Rise Of An Influential Entrepreneur