Home Leadership John Lewis: What A Young Man Should Be 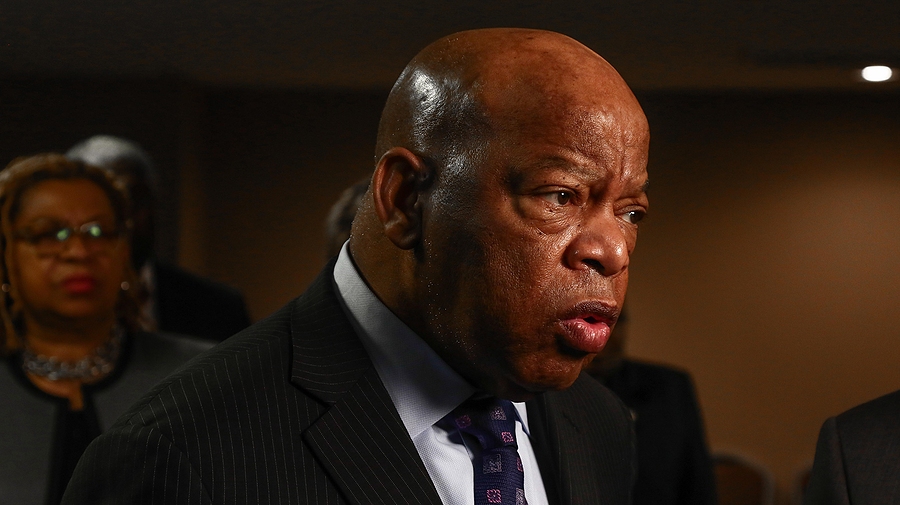 John Lewis will occupy his place in America’s history, right beside Martin Luther King Jr and every other civil rights activist the nation ever had. From a young boy in Troy to the old icon who was tagged the “conscience of the Congress.”

John Lewis was born on Feb 21, 1940, to Eddie Lewis and Willie Mae near Troy. His father was a hardworking farmer who regularly placed John in charge of chickens. John Lewis wanted to be a preacher at a very young age. He may have practiced his oratory when preaching to his father’s chickens, which he loved so dearly.

At the age of 17, John Lewis met Rosa Parks, a major voice in the movement against discriminatory policies in the United States. At 18, John Lewis wrote to Martin Luther King Jr, expressing his desire to meet the civil rights icon. His wish was granted, and Lewis met Martin Luther King Jr in 1958. Talking about the experience in an interview, Lewis said, ” …I saw these two young ministers standing behind a desk, and Dr. King said,” Are you the boy from Troy? Are you John Lewis? And I said, “Dr. King, I am John Robert Lewis”, Lewis recounted. ” I gave my whole name– but he still called me the “boy from Troy”.

Martin Luther King gave Lewis his favorite phrase as advice, “Get into good trouble.” John Lewis had listened to Dr. King and joined the Montgomery bus boycott in 1955, but it was after meeting King that his career as an activist took a new turn. In 1961, Lewis was already part of the 13 freedom Riders that challenged the segregated interstate travel in the South.

In 1963, John Lewis had become the chairman of the Student Nonviolent Coordinating Committee (SNCC), a position he held till 1966. John Lewis traveled from school to school, urging students to participate in the demand for equal voting rights in America. On August 28, 1963, John Lewis spoke for a few minutes before Martin Luther King gave his famous “I have a dream” speech at the lincoln memorial. At 23, Lewis was already demonstrating a fierce level of oratory, addressing the same crowd as Dr. Martin Luther King.

By March 7, 1965, Lewis joined Martin Luther in one of America’s most famous protest. Lewis led the Selma to Montgomery March across the Edmund Pettus Bridge, where they were met with force by the Alabama police. The incident became known as the “Bloody Sunday”. Before the age of 26, John Lewis had been arrested 40 times while he also sustained severe injuries. The United States government was forced to abolish the legislation that subjected black people to literacy tests before they could vote. At 26, John Lewis was already a national hero.

Addressing an audience at Harvard, Lewis said, “My philosophy is very simple. When you see something that’s not right, not fair, not just, stand up, say something and speak out. Get into good trouble”. In his last moments, Lewis was pleased with the demonstration that followed the death of George Floyd and the massive protest against systemic racism. In June 2020, less than a month before his death, John Lewis said about the protest; “it was very moving, very moving to see hundreds of thousands of people from all over America and around the world take to the streets– to speak up, to speak out, to get into what I call “good trouble”. Mr. Lewis told “CBS This Morning” in June.

Lewis demonstrated courage, strength, and discontent about the prevailing injustice of his time at a young age. Lewis showed with his life, what a young man should be.