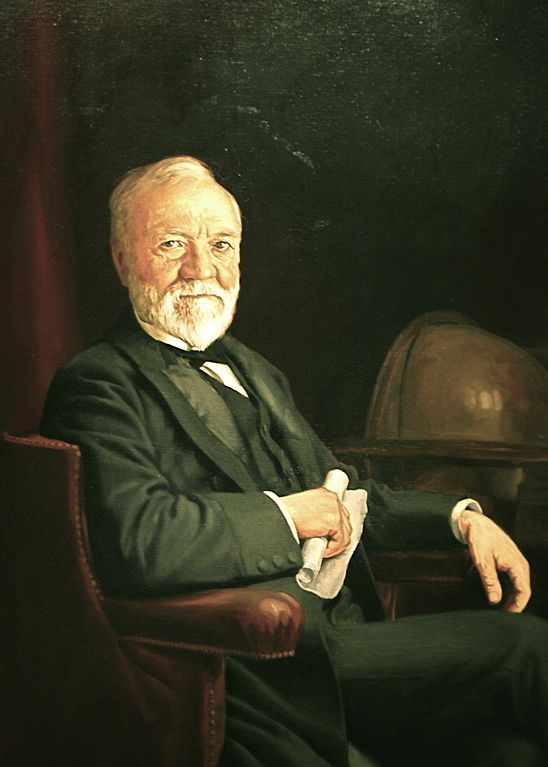 People who have experienced entrepreneurship rarely know what it is about before they begin their journey. They are faced with fierce challenges. Some win, while some lose. Those who succeed are often aware that entrepreneurship requires perseverance. Andrew Carnegie was one such man, who by perseverance, weathered storms to become successful. Here are pieces of information we’ve gathered on how Andrew Carnegie became a successful entrepreneur despite challenges.

Andrew Carnegie was born into a lower-class family in November 1835. He used to live in a small house in the suburb of Fife. Andrew’s early life was a life of hunger, as coming by food was very scarce for the family. He could only eat a meal per day. Andrew’s family then moved to Allegheny, Pennsylvania.

Despite Andrew’s poor beginning, he became very successful. Before his death in 1919, he was a successful industrialist and philanthropist. He pioneered the expansion of the American steel industry in the late 19th century and later grew to become one of the wealthiest Americans in history.

“Do your duty, and a little more and the future will take care of itself.” Andrew Carnegie

Andrew was committed to his “little” work. He started as a bobbing boy, probably the poorest paying job in his day. However, he was fully committed. He showed extra efforts by starting very early in the morning. He worked almost 12 hours every day. On that job, Andrew assisted in changing sewing thread spools. It was at that point he knew he needed to be his boss.

Andrew was focused on his goal. He knew he wanted to be an entrepreneur. Thus, he nurtured his passion and pursued achieving his goal with seriousness. He saw to it that he learned everything he needed to know about the business. His idea about business propelled him to save every penny he earned until he could buy the company he was working for.

Investment is essential for every entrepreneur. Andrew invested his money in railways. This idea was visionary at that time. Even though the train was a dangerous mode of transportation, Andrew was not discouraged. He invested in trains until they became what is now celebrated today.

Apart from the fact that Andrew worked very hard to be successful, he never stopped giving back to the society for just and noble causes. He gave for education and health care, among many others. His classic character is that of successful and influential entrepreneurs. They always give back to society. Every entrepreneur who intends to succeed must be ready for challenges and face them headlong through perseverance and consistency.

Henry Ford, a Successful Entrepreneur: Did He Ever Fail?

Incredible! Find Out Why Elon Musk Became An Entrepreneur