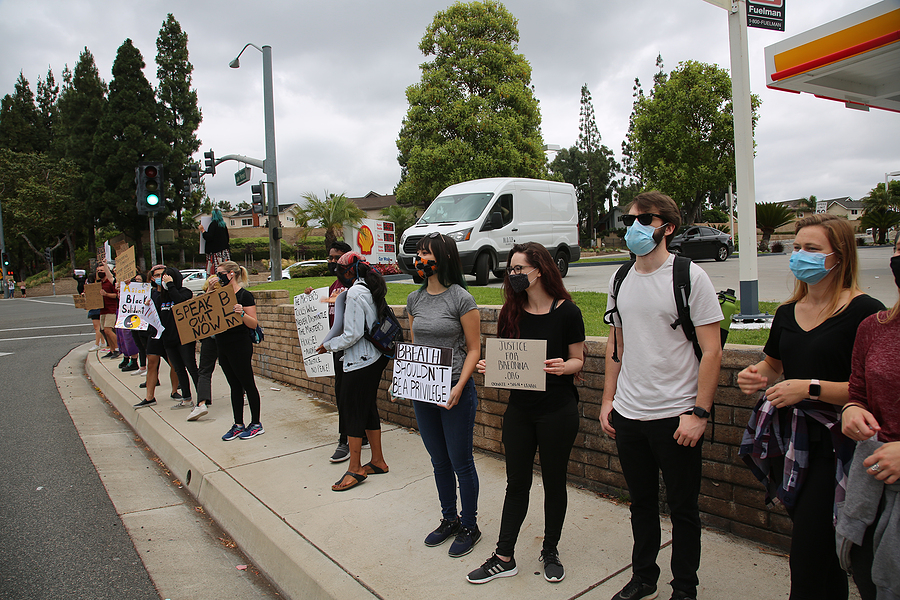 Protest and peaceful demonstration is a part of America’s history. On a few occasions, protesters were met with violence. However, their resistance stirred the government to review existing laws or initiate new laws to protect the interest of those marginalized.

The year 2020 protest will be remembered as one of America’s largest turnout. People of different colors, states, and religions joined the March for an end to police brutality, inequality, and systemic racism in the United States. The death of George Floyd, a Minneapolis black man choked to death by a police officer, Derek Chauvin, led to one of America’s greatest protests on May 26, 2020. Over 15 million people were estimated to have participated in the demand for justice. The protest sparked a demand for equality around the world, especially in England and Australia.

Legislators gave an immediate response by introducing the “justice in policing act.” The act limited legal protection for police, banned the use of chokeholds, and created a national database of excessive force incidents.

The March 6, 1913 movement was the first national protest in the United States. Women turned out in their numbers to demand their right to vote and participate in an election. The 60-year demand generated little response from the government until the protest was staged. The protest’s organizers selected a day before the inauguration of President Woodrow Wilson to mount pressure on the newly elected president. The women were met with violence. About a hundred of them were injured, but they pressed on to achieve their desire. The event led to the ratification of the 19th amendment on August 18, 1920. Historians also believe that the event was the major reason why March was picked as women’s history month. Women now occupy different positions in the United States and are even constitutionally empowered to become the president. The labors of the women who participated in the 1913 protest will never be forgotten.

On August 28, 1963, more than 250,000 Americans came out to demand an end to inequality and racial injustice. The protest was led by Dr. Martin Luther King, who delivered his famous ” I have a dream” speech. The movement began after Rosa Parks had failed to give up her seat for a white passenger on a Montgomery bus. The protest demanded an end to discrimination based on color. The movement had a tremendous impact on America’s history. It led to equal voting rights in the United States and removed all sorts of racial prejudice in transportation. To date, the United States celebrates Martin Luther King’s day, as a remembrance of his struggle against inequality.

March for our lives

On February 14, 2018, 17 people were killed, and another 17 were injured after a former student shot sporadically at the Marjory Stoneman Douglas High School campus in Parkland, Florida. The sad incident took the demand for a reform of the existing gun laws to another dimension. More than a million protesters, mostly young people participated in the protest. The protest achieved the desired reform as the legislators introduced a new law. The act raised the minimum age of a person to purchase a gun from 18 to 21. And it made provision for a background check before the purchase was completed. The act also allocated millions to make school buildings more secure.