Home USA What Will America Do About Jefferson? 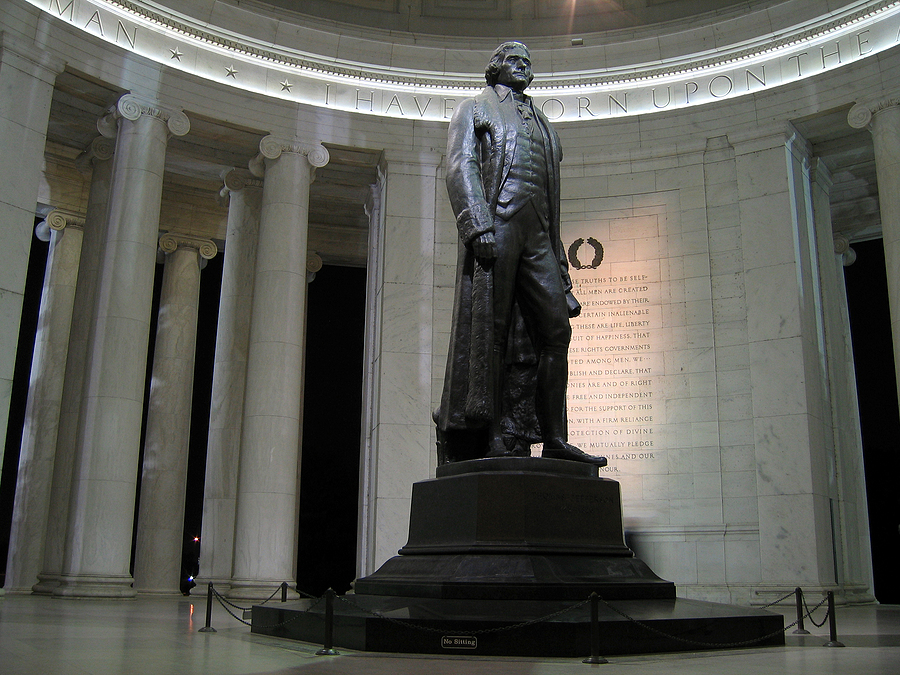 There have been series of protest, statues have been removed, laws have been amended but racism persists. “Of black men the numbers are too great who are now repining under English cruelty”, the old voice of Dr. Samuel Johnson giving an honest assessment of the United States decades ago.

A 2016 study published by the American journal of health revealed that black men are nearly three times more likely than white men to be killed by police intervention. In addition to the ugly experience of Black men in the United States, Black Americans make up a third of the United States prison population, despite only making up around an eighth of the country’s population.

The second paragraph of the United State declaration of Independence states that; ” we hold these truths to be self evident, that all men are created equal”. The author, Thomas Jefferson definitely didn’t include Black slaves in his myopic definition of “All”. As a major investor and a beneficiary of the slave holding system, Jefferson defended the system by calling slaves an inferior race. Like every other thoughts of the founding fathers of the United States, racial superiority continues to transcend from one age to another.

Cynics like Republican Senator Tom Colton have labeled slavery as a necessary evil upon which the nation was built, while others claim slavery was the prevailing order and was never their(founding fathers) creation. In contrast to these claims, Massachusetts abolished slavery in it’s first Constitution in 1780 while New Hampshire banned the practice in 1784. Other states like Pennsylvania opted for a gradual emancipation from slavery by creating better living conditions for slaves. By the time Thomas Jefferson became a president in 1801, states were already abolishing the barbaric practice, but Jefferson’s Virginia maintained the slave holding society even when other states were liberating themselves from the dehumanizing practice.

Jefferson is undoubtedly an amazing scholar who contributed to the development of rights and establishment of the Democratic principles in the United State constitution. Irrespective of his feats, his heroic status will forever be rejected by some. Like Jefferson, eight other United State presidents were slave holders. The founding fathers of the United States failed to rise above the dominating thoughts of their time.

In some of his last message to the United States, Jefferson wrote; ” All eyes are opened, or opening to the rights of man”. Rightly so, his legacy and status as a founding father may just be short lived. We now hold these truths to be self evident, that all men are created equal.