Home More Lifting The Lid On Hemp Seed Oil & The Incredible Benefits Of... 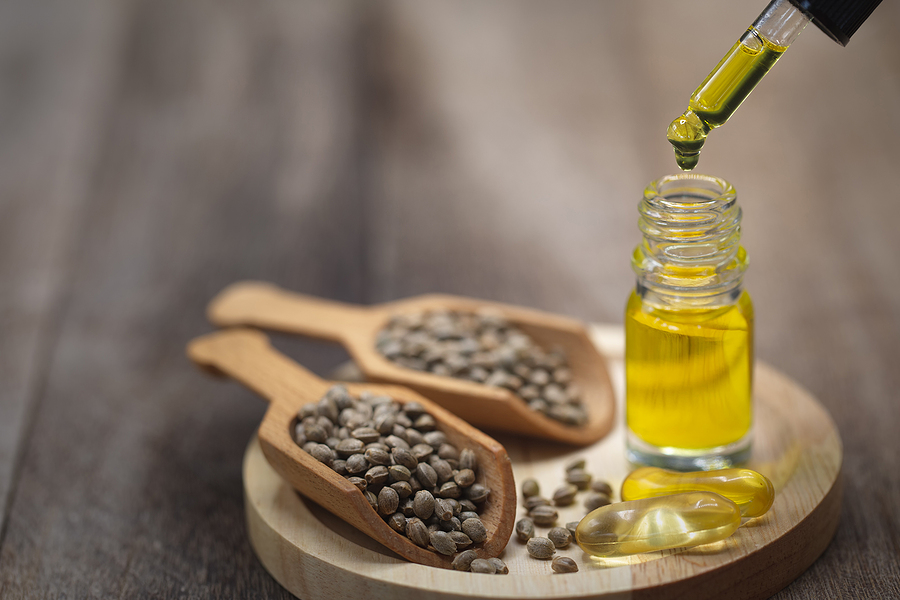 Likely, most people have heard about hemp seed oil in some capacity. It’s not the most common of carriers, but it is still regarded and researched rather intently around the world. As time has passed, the controversy surrounding hemp seed oil is beginning to finally subside, with many people still unable to distinguish the difference between the various elements of its native plant Cannabis Sativa, and the various products and substances that can be derived from it.

Surprisingly, as more time and research go into the various benefits and character profiles of the plant’s various extracts, the more incredible benefits that exist within them. While there are great studies being conducted on the various plant extracts of Cannabis Sativa, the focus today will be on hemp seed oil, what differentiates it from its CBD compatriots, the steps of extraction, and its utilities of it in everyday life.

Hemp seed oil is not some brand new discovery in the context of time. The first noted uses of the extract date back to long before modern civilization was debating the merits of the plant’s use.

Descriptions found in one of the oldest pharmacopeias have concluded that ancient Chinese cultures recognized the dichotomous nature of the plant, growing as either male or female. This particular allusion resonated strongly in the Taoist community as it was reminiscent of the philosophy and belief systems surrounding Yin and Yang. The Yin and Yang being a reference to the natural world wherein two oppositional forces can complement and thrive due to their differences, the differing counterparts are often referred to as male and female.

While the industrial utility of the plant was initially the main proponents of its popularity in ancient Chinese cultures, there is evidence to suggest that it was the Emperor Shen-Nung who first dabbled with its potential medicinal properties and usefulness of hemp seed oil. The legend goes that he was a pharmacologist in his time and experimented quite often with different herbs and plant extracts for potential medicinal benefits.

He extracted the hemp seed oil and noticed that when it was brewed into a tea, pain management became easier as a result. It is also the first example of using the ointment in a topical cream, as the Emperor was said to have utilised the extract into a skin ointment that provided relief for pain suffering as well as a number of other ailments.

While medicine has matured greatly since then, it’s quite fascinating to see the common threads of hemp seed oil being utilised in the days before scientific engineering and extraction was even possible.

The plant itself can be confusing given the already dichotomous nature of the genders of the plants, while hemp seed oil and its CBD counterpart are derived from the same plant, the particular botanicals that are used for the final product are where the differences reside.

For hemp seed oil, the extract comes from the kernels themselves before they are planted, utilising the tried and true cold-pressed method to extract the hemp seed oil and then collecting the extracts from therein. The CBD counterpart however comes from the plant itself, the stalks, leaves and flowers are used, distilled out, and mixed with a base ointment for usage. The main differential is the psychoactive component (THC) is absent in hemp seed oil and very much present to varying degrees with its CBD counterpart.

While both are cut from the same tree, there is a monumental difference between them, and a string of beneficial aspects for each one.

Hemp Seed Oil As A Carrier

Hemp seed oil is also referred to as a carrier in many professional circles due to its ability to mix and be diluted with more potent essentials for even greater benefits. The ease of integration is what gives the carriers their name, being flexible in terms of the combinations that are readily available.

The ease of integration is what leads it to be so universally useful in terms of mixtures and utilities. Some use the extract on food and consumables, while others follow in the more ancient footsteps and incorporate it into lotions and creams, due to the very flexible nature of it being a carrier, there is no end of mixtures that can be concocted for different intentions and ends.

Hemp seed oil is one of the rising stars of the extract world, having a boost in profile thanks to the immeasurable number of health benefits that attach themselves to the substance. It’s quite remarkable to see the intrinsic and naturally occurring elements that are contained in hemp seed oil.

Not only is it incredibly flexible in terms of being a carrier, but also in the fact that it has so many naturally occurring vitamins and minerals right off the bat. Hemp seed oil contains a range of monounsaturated fats, essential fatty acids for general wellbeing, zinc, calcium, iron, vitamin C, vitamin E, cannabidiol, the list goes on.

Due to the overwhelming number of beneficiaries that reside in the chemical buildup of the extract, it’s quite adaptable and usable in a number of consumer products.

Hemp seed oil is utilised very heavily in lotions and creams for its already established bulk of healthy acids and wonderfully enriched nature.

From face masks to body lotions, the naturally occurring vitamins that enrich the substance in its present state can be further beneficial when mixed in with complementary skin creams that provide ample benefits and a more nourishing feel.

The moisturizing properties of the extract have allowed it to be used as a natural base for many lotions as it is an emollient, which is a natural softener of skin tissue.

As mentioned earlier, hemp seed oil contains a range of moisturizing properties, as well as some minerals that interact exquisitely with hair follicles, promoting a healthy growth and naturally shimmering look to maintain scalp and hair health. Being incorporated into shampoos and conditioners is one aspect, the more popular choice is to use the extract as a hair moisturiser treatment to keep a shimmer and shine throughout the day.

Hemp seed oil is used in a variety of food contexts as well with the naturally enriched levels of healthy fatty acids and minerals lending themselves to a more nutritious resulting meal. Some use it as a salad dressing alternative for instance, or as an additive to the cooking process. While there are no legible side effects for hemp seed oil on its own, there are still sensitivities to be considered, as with any consumable substance.

While there is still much work to be done in terms of medicinal health benefits for specific ailments, the sheer number of beneficial acids and vitamin content of hemp seed oil is a great way to boost the immune system with wholesome vitamins and minerals. The naturally moisturizing components of the substance lends itself to be useful for those with dry skin irritations as a means of controlling the dryness.

The Best Gadgets and Electronics for Home Theater and Audio