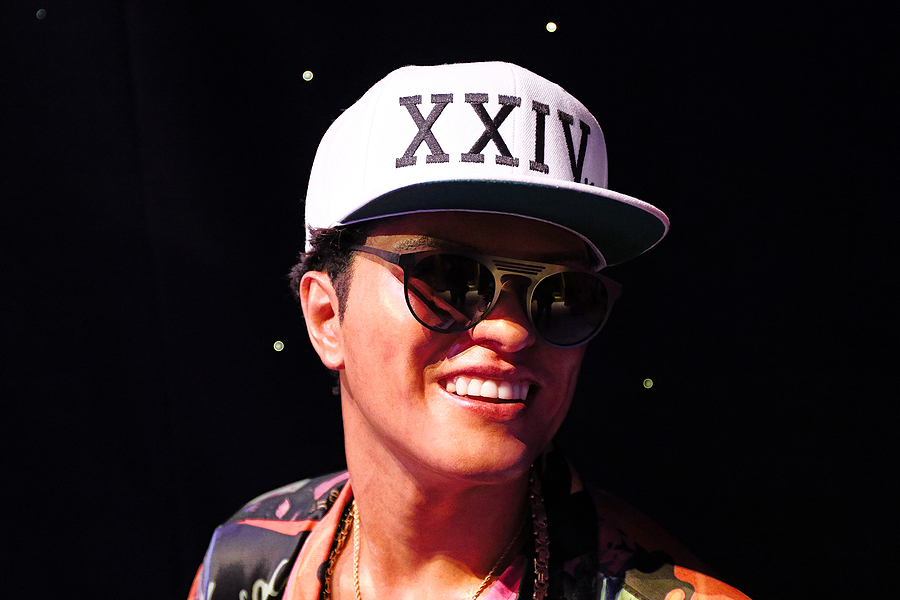 Bruno has got great vocal dexterity. His voice can easily be likened to an aviary of diverse melodious birds. Added to this is the fact that he’s an artistic soul man, a romantic crooner, a brilliant harmonizer and high tenor, a rapper, and much more!

Apart from his voice, Bruno also has an excellent performance presence. Without mincing words, it’s almost like he got the stunning energy of Michael Jackson, the brilliant swagger of Prince, and the killer showmanship of James Brown! Added to this is the fact that his songs are fantastic, with or without spectacle.

Now, let’s talk about his dance moves. Bruno Mars is a terrific dancer! He got moves than several dance talents show. He can lock and pop, slip and slide, swivel his hips, dance in step with bandmates, and effortlessly let his body rhythmically flow to just about any music without any choreography!

Apart from the given, it might also interest you that Bruno Mars is a great bandleader, who leads a rare group of fellow music folks who cannot just play musical instruments but also dance. They are pretty impressive with their dancing and instrumental work, and almost all of them have been with Bruno Mars since 2010.

Bruno’s not just dexterous with the voice and vocals. He’s also pretty impressive with songs and instruments like the piano, guitar, and drums. He’s a serious musician himself. His music is strikingly eclectic, merging the beauties of retro and contemporary at the same time. His songs run from pop balladry to Earth, Wind & Fire-like horns-and-harmony R&B, to Reggae, to new jack swing to classic rock ‘n’ soul to fashionable hip-hop meets R&B to the ’80s pop-soul! Outstanding, isn’t it?

Finally, he has been described as a smart workaholic and sweat machine, like James Brown, who works hard for his money. He can handle multiple concerts on his tours like a king. He also has a wide appeal range. Over the years, he has drawn the most diverse audience noted in Pop music today, as his crowd typically includes teens, dance club denizens, Latinos, Asians, African-Americans, Filipinos, and several others! Well, except the indie-rock hipsters.

In summary, Bruno Mars’s talent spans through stern ingenuity worthy of being noted as a man who isn’t from this world. Well, it’s not so surprising for a man named Mars.